Valhalla Tactical is a company that doesn’t have the same brand recognition as big players in the flashlight market like SureFire, Streamlight, Modlite, and Cloud Defensive. However, they’ve introduced some innovative machined aluminum products that may have flown under your radar. First came the Baldr weapon light, with an extremely compact body and offset mounting plates that allowed users to mount it close to any rifle’s handguard. Next came the Rukh optic mount, which features adjustable angle and a clever removable RMR battery compartment. At SHOT Show 2022, the owner showed us a new weapon light switch called the Valhalla Tactical ODA. Think of it as a joystick control for your flashlight — it sounds weird, but after trying it, we want one. 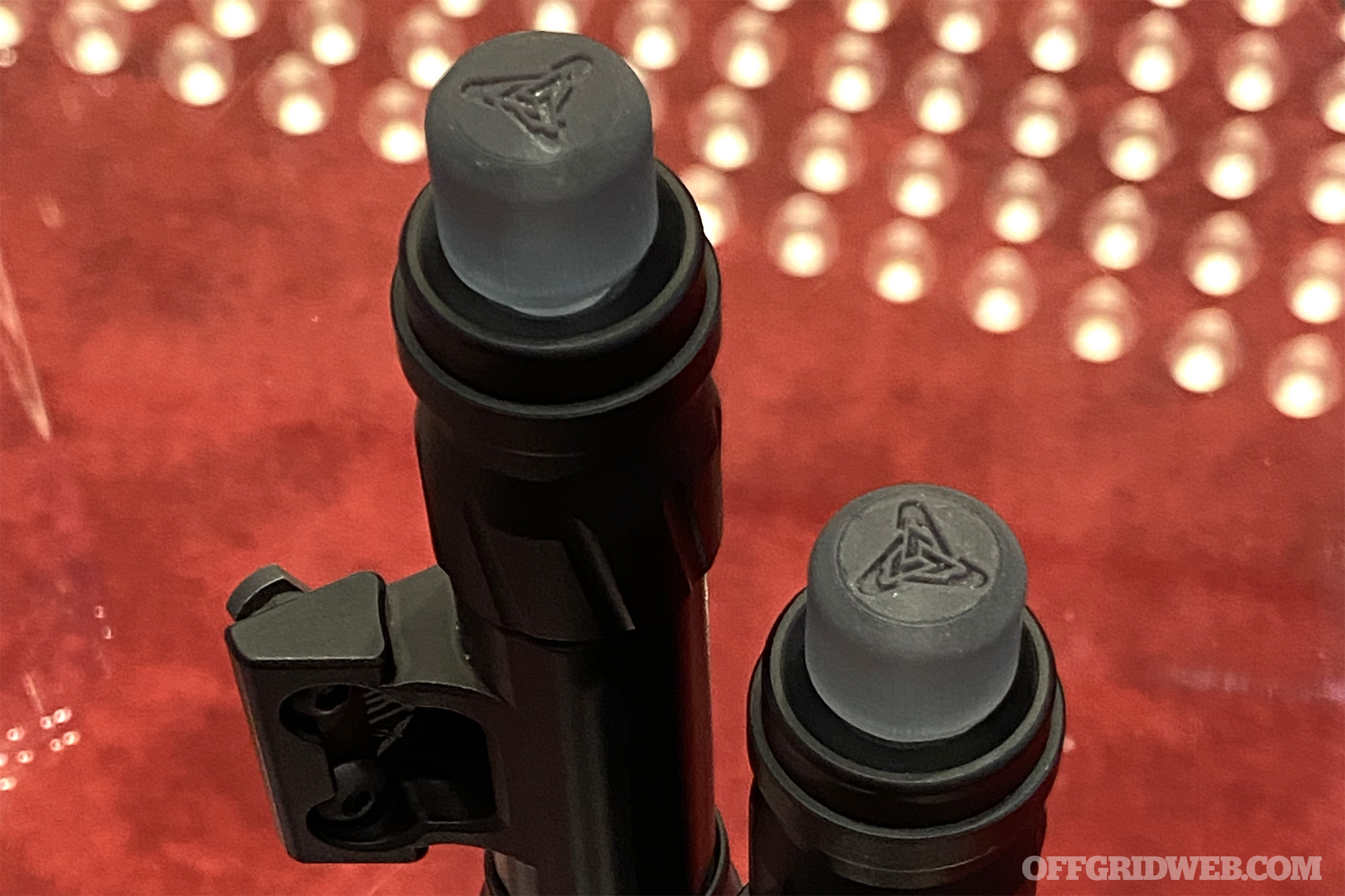 If you’ve ever picked up an XBOX or Playstation controller, you’ll be familiar with how the ODA works. It can be pressed in any direction to activate the light momentarily, or can be pushed inward to click the light into constant-on mode. This is especially useful for setups where rail space is limited and attaching a tape switch may not be an option. It’s not an overly-sensitive hair trigger, nor is it a switch you have to manhandle to activate — it feels just right.

To be blunt, we thought we’d dislike this design when we first saw photos on Valhalla’s social media pages. But handling it at SHOT Show quickly won us over. The large polymer joystick is easy to use from any angle, and you can even wrap your whole hand around it and simply tighten your grip to activate the light with your palm. No longer are you limited to turning on the light with the tip of your thumb. Better yet, the Valhalla Tactical ODA allows you to return to a standard tail cap at a moment’s notice. Just grip the ring around the joystick and unscrew it to reveal a rubber clicky button. The ODA was developed in-house at Valhalla Tactical, and the prototype version seen here was machined to match a new multi-fuel light body design that can accept 18650, 18350, and CR123A batteries. Thanks to the standard thread pitch, this body will accept SureFire Scout and Modlite heads, but in these photos it is paired with an AWLS (adaptive weapon light system) head created by HRT Tactical. That’s why you’ll notice Valhalla and HRT’s logos in these photos. We’re told the HRT Tactical AWLS head can produce 1,700 lumens and 90,000 candela.

If all you want is to add an ODA switch to your existing weapon light, we’re also told that there are plans to produce switches for other common light bodies in the near future. The SureFire Scout tail cap is coming first, and the Cloud Defensive REIN tail cap may be released later. At the moment, you’ll need to get the ODA and light body together. Our sister publication RECOIL magazine gave out four “Best of SHOT Show 2022” awards, and our editorial team decided to give the Best Accessory award to Valhalla Tactical for the new ODA. One after another, our editors tried the switch and decided it was deserving of recognition. Since the Valhalla Tactical ODA seen here is a pre-production prototype, there will still be some fine-tuning before it’s released to the public. This will include additional texture around the circumference of the joystick to provide better grip in wet conditions. The Valhalla Tactical team also let us know that the joystick can be replaced by removing a single screw on the underside, so they’re considering creating a few different shapes and sizes (for example, a shorter rounded nub). This also opens up the possibility of adjusting sensitivity by adding or removing spacers between the ODA and the tail cap.